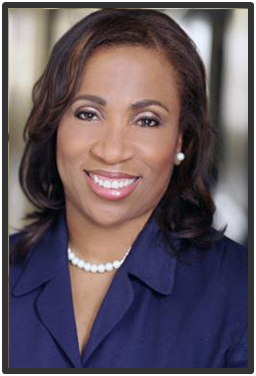 Sabrina Lamb is the Founder and Chief Executive Officer of the WorldofMoney.org, dedicated to the financial education of youth in the Tri-State New York City area. The organization was selected as a Promise Place by America’s Promise Alliance and by AOL Impact as one of ten top social good organizations in America. Since 2005, she has helmed the Youth Financial Education Training Institute, attracting financial experts adept in teaching youth 40 to 120 classroom hours of immersive financial education impacting over 4,000 youth. The World of Money has partners in Senegal, South Africa, Rwanda and Ghana. Sabrina has presided over the NASDAQ Opening/Closing ceremonies and testified on Capitol Hill before the House Sub-Committee Financial Services. Sabrina is a NAACP Image Awards nominee in Outstanding Literary Work-Instructional for her book “Do I Look Like An ATM? A Parent’s Guide To Raising Financially Educated African-American Children”. Sabrina is a member of the Master Your Card African-American Advisory Council and is an advocate for global financial education and inclusion.

Sabrina helmed the creation of the World of Money Youth Financial Education mobile app; 63 videos taught by youth for youth in English, Spanish, French and Portuguese. She has received commendations from Mayor Bill De Blasio, Manhattan Borough President Gale Brewer, Congressmembers Meeks and Rangel and the Westchester County Board of Legislators. Sabrina is one of the 2013 NBC News/The Grio 100 and one of Essence Magazine’s Shining Moments of 2013: “50 Women Who Made Us Proud”. She is the recipient of numerous awards including Spectrum Television’s “New Yorker of the Week”, Rainbow Push/Wall Street Project Honors, the BDPA Small Business Innovator Award and the National Black MBA New York Metro Chapter Entrepreneur of the Year Award, and the State Farm’s National Dream Achiever Award, among others. Sabrina was the Grand Marshal for the 2016 African-American Heritage Day Parade which honored her with the Meritorious Leadership Award.

Sabrina is a graduate of Lincoln University. She is an active runner and is a three time finisher of the New York City Marathon.

Copyright © Since 2005 World of Money. All rights reserved | Design By Dukestudios.in